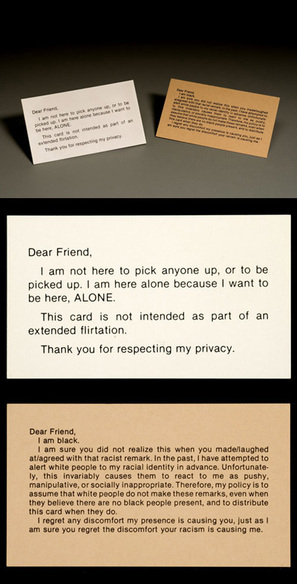 “Dear Friend, / I am black. / I am sure you did not realize this when you made/laughed at/agreed with that racist remark...”

“Dear Friend, / I am not here to pick anyone up, or to be picked up. I and here alone because I want to be here, ALONE…”